DCM011 – “Fyah” features Wellette Seyon on vocals for the title track, followed by a triumphant horns cut from Dubkasm’s brilliantly talented Digistep on the sax. After that, Dub Conductor take a journey deep into the mixing board with two dubwise cuts of the rhythm, with additional melodica melodies from Lucadread.
Dub Conductor have been crafting this track for more than 5 years! After many many versions of the Rhythm, we can say for certain that we are happy with the result – crisp, clear dubs which blend roots and steppas music just the way we like it!

There are no reviews yet. 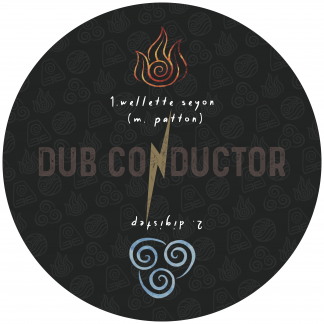